Can't help it ... a Pentax Optio was just not meant for this kind of use ... not to mention cold and snowing ... tried to keep in chronological order!  Can only upload short videos so that is why as many as there are!  Had to do a little more arranging to put things back in proper time sequence.  That's all for now!


OUT OF ORDER: Morning shot of just behind of my location on King St Capitol sidewalk later in afternoon when I will be surrounded by anti-Walker people ... shot of camera setup! 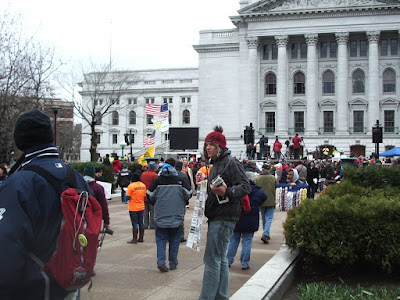 Can't help it ... a Pentax Optio was just not meant for this kind of use ... not to mention cold and snowing ... tried to keep in chronological order!


From Pinckney St - What Democracy and Fox Palms looks like! 12:45 - that is what the speaker is saying!  When I posted earlier, in the morning, I would say there appeared to be 200 people milling around as things were being finished for the setup!  I came back around 12:30 and the crowd was much bigger but the anit-Walker people were much more in evidence than Tea Party supporters. 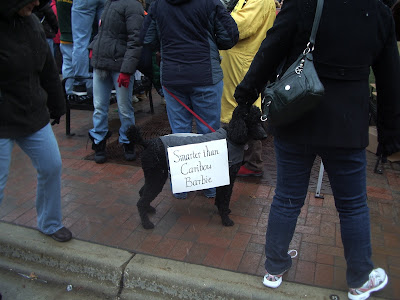 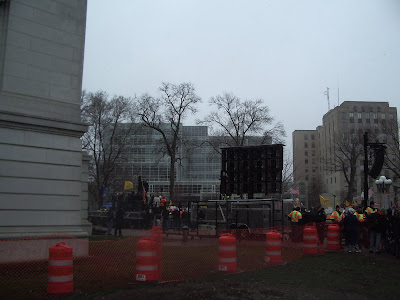 Jumping ahead to when Ms. Sarah Palin begins to speak, and I'm standing on a bench, in the King St. Capitol sidewalk ... the crowd turns their back and continues to chant anti-Walker slogans ... at least those who do not have cameras. 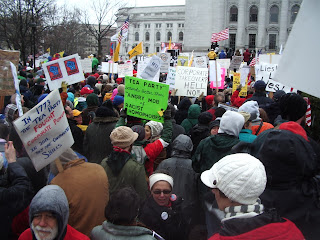 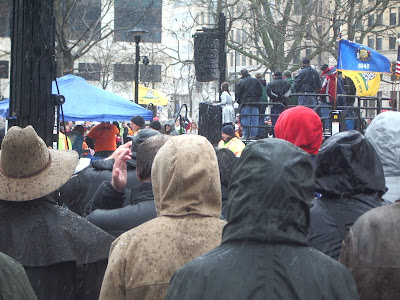