That is over 1000 counties.  I have heard the "1000 county" argument as evidence that ACA is collapsing.  No particulars provided to clarify which 1000 counties out of slightly over 3000.


I have been waiting for "the media" to bring this fact out.  I suspect that it is next to impossible to provide onsite hospitals, doctors, healthcare professionals or even a dentist or chiropractor in those counties let alone an insurance company interested in developing a marketplace.  That does not mean you cannot have healthcare coverage -- just means you are going to have to go a long way to see a provider.

The 1492 counties in the middle are going have fewer options too!

Rural Californians Want Price Relief From GOP Health Bill, But Most Won't Get It


Aaron Albaugh peers out from under the brim of his cowboy hat, surveying the acres of hay fields in front of him. The fourth-generation rancher is raising about 450 cattle this year, in this remote corner of Lassen County, California.
His closest neighbor lives a half mile away. "And that's my brother," Albaugh says.
"If I want to go see a movie, it's 70 miles, round-trip," he adds. "If I want to go bowling, that's 100 miles, round-trip." 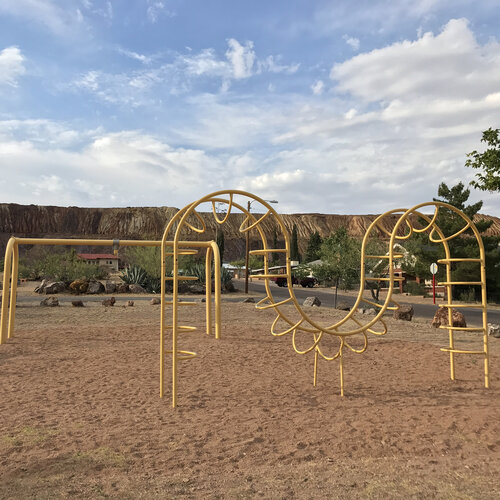 Living a half day's drive from civilization, you learn to do without, he explains. If your refrigerator breaks, you put your food on ice until the weekend when you can go buy a new one. With health care, it's the same thing.

Posted by Bill Gates at 3:34 PM No comments:

This Article Won’t Change Your Mind -The Atlantic


This Article Won’t Change Your Mind - The facts on why facts alone can’t fight false beliefs - The Atlantic JULIE BECK is a senior associate editor at The Atlantic, where she covers health and psychology.

From the article ... I have added emphasis here and there ...


The theory of cognitive dissonance—the extreme discomfort of simultaneously holding two thoughts that are in conflict—was developed by the social psychologist Leon Festinger in the 1950s. In a famous study, Festinger and his colleagues embedded themselves with a doomsday prophet named Dorothy Martin and her cult of followers who believed that spacemen called the Guardians were coming to collect them in flying saucers, to save them from a coming flood. Needless to say, no spacemen (and no flood) ever came, but Martin just kept revising her predictions. Sure, the spacemen didn’t show up today, but they were sure to come tomorrow, and so on. The researchers watched with fascination as the believers kept on believing, despite all the evidence that they were wrong.


“A man with a conviction is a hard man to change,” Festinger, Henry Riecken, and Stanley Schacter wrote in When Prophecy Fails, their 1957 book about this study. “Tell him you disagree and he turns away. Show him facts or figures and he questions your sources. Appeal to logic and he fails to see your point … Suppose that he is presented with evidence, unequivocal and undeniable evidence, that his belief is wrong: what will happen? The individual will frequently emerge, not only unshaken, but even more convinced of the truth of his beliefs than ever before.” ...

Seems like the above is the nicest thing you can say about President Donald Trump and his alter ego ... Sean Spicer (what an ironic last name).

This doubling down in the face of conflicting evidence is a way of reducing the discomfort of dissonance, and is part of a set of behaviors known in the psychology literature as “motivated reasoning.” Motivated reasoning is how people convince themselves or remain convinced of what they want to believe—they seek out agreeable information and learn it more easily; and they avoid, ignore, devalue, forget, or argue against information that contradicts their beliefs. ...

Again anyone count how many times President Donald Trump has been described as doubling down! WOW!

The sad truth about President Donald Trump ... or is it a fact ... it is circular ... he believes himself!


And in modern America, one of the groups that people have most intensely hitched their identities to is their political party. Americans are more politically polarized than they’ve been in decades, possibly ever. There isn’t public-opinion data going back to the Federalists and the Democratic Republicans, of course. But political scientists Keith Poole and Howard Rosenthal look at the polarization in Congress. And the most recent data shows that 2015 had the highest rates of polarization since 1879, the earliest year for which there’s data. And that was even before well, you know.

There is more to the article ... a very good read!  After you finish it try this...

NPR: Invisibilia: Flip The Script > Dealing With Hostility, Anger, Confrontation - The Opposite

#MotivatedReasoning - Doubling Down when you are wrong! The #Atlantic #TheAtlantic #Trump #Facts - WI 1848 Forward #ConfirmatoryBias

Posted by Bill Gates at 8:51 AM No comments: